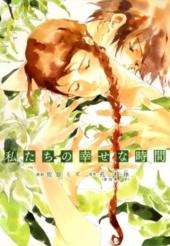 "I have something I don't want to lose"
"So much so that these terrible feelings have grown."
A pianist who attempted suicide 3 times, Juri, is taken to help her aunt at a prison where murderers who killed indiscriminately are sentenced to death. There, she meets a man named Yuu who took the lives of 3 people. A mother's antagonism--a brother's death... Together they embrace the violent rebellion in their hearts caused by the large, deep scars they carry. However, before long, they both embrace an earnest hope in their hearts. "I want to live"...
An adaptation of novel by South Korea's most popular female novelist, Gong Ji-Young.
(Source: Psycho Pandas)