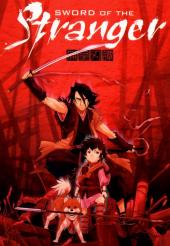 Hunted by the Mings from China, young Kotaro and his dog meet a nameless samurai ("Nanashi") who is constantly being haunted by dreams of the past which lead him to seal his sword. Among the Mings is a fiercesome Western fighter named Rarou, who desires only to find a worthy opponent. When both groups clash with a Sengoku-era feudal lord, a proud general, and monks torn between faith and survival, the reason behind the Mings' pursuit tests the bond between Kotaro and Nanashi.