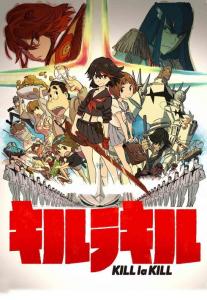 Honnōji Academy is a high school that brings new meaning to the term "school of hard knocks". Everyone who enrolls there fears the merciless regime of student council president Satsuki Kiryūin. That is, everyone except for Ryūko Matoi, the new transfer student. Ryūko is the daughter of late scientist Isshin Matoi, and she has come to Honnōji to seek out his killer. With nothing but the clothes on her back, and a mysterious sword that appears to be half of a giant pair of scissors, she boldly challenges Honnōji's strongest warriors. The path may not be as straight as Ryūko expects though, as some members of the student body draw their power from a mysterious breed of school uniform, and she has yet to learn the details of her father's research.